Note: If you haven’t read part 1 of my spider apocalypse experience, you can do so here.

I woke up early on Friday morning. 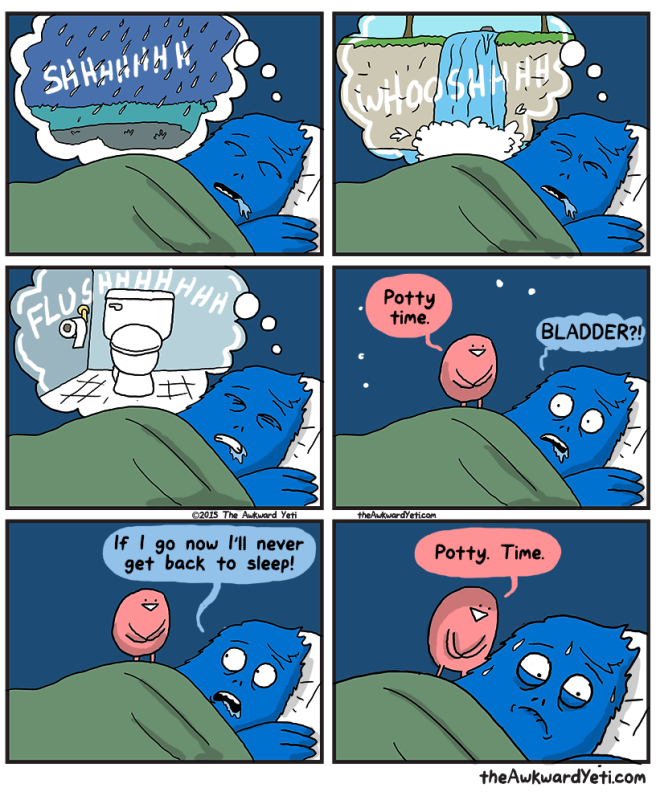 It was still kind of dark, so I didn’t notice anything unusual on the way to the toilet. But on the way back to bed (aka the mattress on the floor in the loungeroom), I looked down the hallway, towards our bedroom. Dangling from the ceiling on individual, transparent threads, a multitude of tiny spiders stared back at me.

I felt like crying. All that work the day before, and there were still so many left! Were these ones I had missed yesterday? Or had these hatched last night, while I was sleeping?

It didn’t really matter. What mattered was getting rid of them. Unfortunately, I had left both the bug spray and the vacuum cleaner in the bedroom, where the spider apocalypse had been focused the day before. That meant I would have to walk through the dangling spiders to get to them.

At this point though, I had zero energy left to care. I walked through the spiders, got the vacuum cleaner, and sucked them up; then showered to get rid of the ones I’d collected by walking through them.

My discovery of spiders in the spare room the previous night meant that this was no longer something I could handle myself. If the spiders were coming from the ceiling or the walls, which was likely, I couldn’t fix that with a vacuum cleaner. I was terrified of how the pesticide chemicals would affect mine and Mr Happy’s health, but I was out of options. I still hadn’t found the mother spider or the nest, and the spiders were spreading through the house.

As soon as 8.30am rolled around, I started ringing pest control businesses, telling them about the spider apocalypse that was happening at my house.

The first place listed a treatment they could do that was odourless (great!) but when I asked them how soon they could come, they explained they were currently booked out for a month! (Nuh uh! I am not living like this for A MONTH!!!)

The second place listed a treatment they could do that kills spiders (yes!) as well as cockroaches and ants (bonus!). But they were booked out for six weeks!

The third place was booked out for a month, but I got a sympathetic receptionist. She informed me that there is currently an ant and cockroach infestation in my region, which is why all the pest control places are so busy at the moment. But she was willing to shift a few things around, and could make a spot available for me in two weeks’ time. I told her I was hoping for sooner, so would keep looking, but would call her back if I couldn’t find anything.

I rang the fourth place without much hope. But as I began to explain my spider problem, the kind lady on the other end said, “That’s terrible! I’ll send John around this morning. He’ll be there in half an hour, if that suits you? What’s your address?”

John arrived, listened to my description of what had happened the day before and then inspected the house (inside and outside). When he was finished, I told him I had health problems, and was afraid of how the chemicals in the pesticides would affect me. “That’s no worries,” he said. “I’ll use a liquid spray inside the walls and the ceiling, and around the outside of the house. Inside, I can use an aerosol: it’s fast acting, and will instantly kill any spiders or bugs. But apart from smelling unpleasant for about an hour, it doesn’t hang around.”

“That sounds perfect!” I said. But then I remembered how busy all the pest control places were, and my heart sank again. “But when could you do it?” He checked his watch, and smiled at me. “Right now,” he replied. “Really?!” I said, startled. “I’ve got a big job in another town later this morning,” he explained, “but you called early, and I’m not due there until later. You’ve got a window here – do you want to take it?”
I nodded so hard, I probably looked like a headbanging parrot.

He explained that some of our things would need to be covered up, as the spray reacts oddly with certain materials (like TV and computer screens, microwave doors etc). So Mr Happy and I ran around frantically covering anything we thought it might affect, and grabbing things we thought we might need for the day. As we ran around, I noticed the aerosol cans stacked next to our front door. “Hey!” I said, pointing at them. “I’ve used those before! They’re really good, and they don’t make me as sick as most others do.” John looked surprised. “What? Those ones? Where did you get them from? They’re professional ones, you can’t buy them from a shop.” I told him I’d bought a can of it a couple of years ago, online, from a professional pest control website. I’d been looking for something I could safely use occasionally, and this one had been a winner. But I’d run out, and hadn’t purchased any more yet. I was relieved to see that the aerosol he was going to be spraying through my house was one I already knew I tolerated fairly well.

Mr Happy and I loaded the dog into the car, and left John to his task of spider exorcism. We spent the day at my parents’ place, hoping that by the time we went back in the afternoon, the smell and chemicals would have dispersed somewhat.

Five hours later, we returned home. Tentatively, I unlocked the front door, swung it open and… hooray! Although the aerosol was definitely still detectable, it was nowhere near an instant-migraine or I-can’t-breathe level. We opened up all the doors and windows, and turned on some fans, to help air out the house.

Then I went spider hunting.

I found one straight away, dangling from the ceiling in the bathroom. But it wasn’t merrily swinging from side to side on its gossamer thread now. It was curled into a tight ball, motionless. I found one or two little dead bodies on the floor in the hallway, and a few more in the bedroom. But live spiders? Nope! I couldn’t find a single one. It’s been almost a week, and I still haven’t seen one.

But I’m still on high alert. Any speck of grass on the floor, any mark on the wall, and I’m bending over, inspecting, expecting to see a spider. I picked up a book yesterday, and out of the corner of my eye, I saw something fall. When I felt it brush my leg, I threw the book and did a kind of frantic dance to brush off the spider. It was a tiny square of red paper.

And I’m still dreaming about spiders.*

* In one dream, I called in a flock of little birds like Cinderella does. They came inside and hunted down and ate all the spiders for me. Very helpful, those little dream birds were. Does anyone know how to make this happen in real life? I’ve tried shouting out the window to the birds near my house, but they never fly inside and do my cleaning like they do in Disney movies. I’ve even tried singing out the window to the birds, but all that happened was I got startled looks from my neighbour who was walking past. And still, neither the birds, nor my neighbour, came inside to clean.