It’s been over a month since my last blog post. I didn’t fall off the face of the earth; I just received some news that I needed time and space to process. I still haven’t finished processing, but I’ve reached a place where I’m more able to talk to people about it. Yet, despite reaching that place… I still haven’t blogged about it.

I realised that part of the reason for that was because I was afraid of all the big buts. 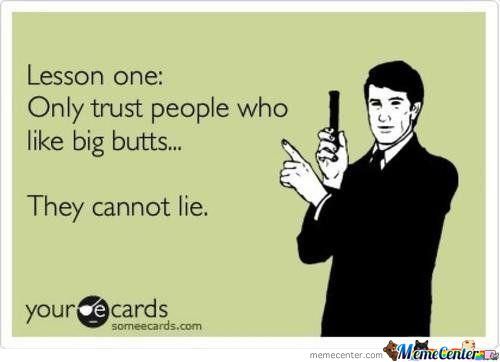 I know that when people make such suggestions to me, it’s often because they care. They want to help me to get better, and I’m genuinely thankful for that.

But it also gets really frustrating when you’re chronically ill, and people (usually those with little understanding of the body, or how my conditions affect it) are always making suggestions about how I could “fix” it.

Imagine if I followed a trained plumber around and, despite having no knowledge of plumbing, constantly made suggestions to him about how he could do things better.

“Welding that seems really drastic. Why don’t you just wrap some tape around that dripping part? That would be much cheaper.”

“You’re gluing that up? But there’s so many chemicals in glue. Why don’t you just replace that part with a new one?”

“I think the problem is probably in that bendy bit there. I know the crack is up the top, in a part that is nowhere near the bendy bit. But my friend’s aunty’s grandma had the same problem, and it turned out the bendy bit was to blame.”

Could you blame the plumber if he got frustrated?

I’ve been sick for 13 years. In that time, I’ve learned a lot about how the body works – particularly my body. I’ve read medical papers. I’ve consulted people trained in medicine, all different specialities of it. I’ve talked to other chronically ill people about what helps them. I’ve tried medications, supplements, medical aids (like compression stockings) and therapies (like mindfulness and getting some sunshine each day). Despite all of that, I’m still not cured. That’s because my illnesses are complicated (affecting whole systems of my body), and most likely have genetic components. I’ve learned that there is no quick fix. So please, forgive me if I’m doubtful when you suggest that your best friend’s cat’s vet can cure me (yes, that’s something that someone has actually suggested to me!).

I trust the people who are currently on my medical team. And the decision that we’ve reached together is one we’ve made because it’s the best for my health and long-term quality of life. But it’s still a difficult decision. So if, instead of offering support, you tell me that I just need to dance under the moon on the 17th cycle of Mars around Venus, while chewing on kale and rubbing fish oil into my ear lobes…it frustrates me. It hurts me. It makes me feel like you haven’t listened to a word I’ve said. It makes me feel alone.

So… the big decision…

I’ve spoken before about how I have adenomyosis (where the lining of the uterus grows inside the muscle of the uterus, instead of just lining it, and tears and bleeds inside the muscle each month). It’s excruciatingly painful. But, for me, the worst part is the heavy bleeding. I spend several days each month stuck in the shower, because I’m bleeding so heavily that a shower is the only way to stay clean. Fluids are precious when you have dysautonomia, and iron is precious when you are so limited in what you can digest. Every month, I lose lots of both, and all my dysautonomia symptoms are worsened because of it. I spend the rest of the month trying to climb out of the symptomatic hole that menstruating pulled me into, only to be dragged back down into it the next month.

Adenomyosis can often be managed with hormones (either tablets like the contraceptive pill, or devices like an IUD) or strong anti-inflammatory medications. Unfortunately, I can’t have hormones because of my genetic clotting disorder (unrelated to dysautonomia). And, because of my digestive issues (totally related to the dysautonomia), I can’t have anti-inflammatory medications either. If you have endometriosis (where the lining of the uterus grows in places other than just inside the uterus) as well as adenomyosis, an ablation can sometimes help. But I’ve already had a laparoscopy to check for endometriosis, and that came back clean.

A small part of me is excited. I can’t imagine what life will be like when I’m not spending so much time each month in pain, or crippled by the loss of so much fluid. And thankfully my ovaries are healthy, so I’ll be keeping them (meaning I shouldn’t go into menopause).

But a big part of me is sad. I’ve always wanted children. I’m not well enough for children right now (neither to carry a child, nor to look after one), but I’m young, and I was comforted that there was always ‘later’. Now, there will be no ‘later’.

Yes, I realise that having a hysterectomy doesn’t bar me from interacting with children ever again. I have plenty of nieces, nephews, music students and Church family kids to spend time with, when I’m well enough. And if I suddenly became healthy, I’d be quite happy to look into surrogacy or adoption. But I still grieve. Not just the loss of the ability to carry a child, but also the fact that I’m not well enough to do so anyway.

While I brace myself for the buts I’m going to receive when people learn of my decision, I’ll leave you with some that my chronically ill friends have shared with me.

Please note, many of the things mentioned can be helpful (e.g. massages help me to manage my pain). But all of these buts were suggested as a CURE for the person’s chronic illnesses, as in “just do this, and then you’ll be fixed”.

Chronic illness is hard. Constantly having to fend off people who want to shove their buts in your face doesn’t make it any easier.

I’ll start you off with some little buts.

But have you tried to cure yourself by… 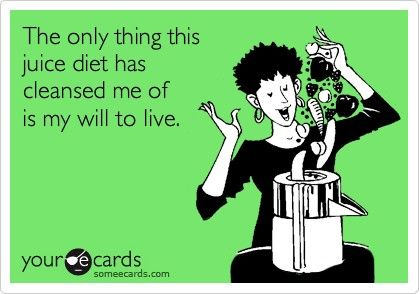 The buts get bigger though: weirder, more dismissive, and sometimes even dangerous.

BUT you could cure yourself if you just…

And my all time favourite, from when Claudia (Sick & Tired) shared about her struggles with dysautonomia and endometriosis in a news article. Someone read the article and then commented…

Claudia graciously tried it, and you’ll be disappointed (but probably not surprised) to hear that her muscles didn’t ‘tone’, and she is still chronically ill.

(Uh oh! A reader has written in with something that might be my new favourite! D’s Mum had a car accident six years before D was conceived. When D became chronically ill, someone told her that it was because of “the trauma of being conceived in an egg with ‘left over vibrations’ from the car accident” and suggested she needed to receive “energy clearing treatments”...
I mean, how do you even respond to something like that?!)

When you offer me a cure, my heart jumps a little bit. For a split second, I get excited. I want to be well. I really, really want to be well. So when you offer me something that can do that, I am on top of the world. And then the cart slips off the side of the mountain, and I crash back down into reality. I know what is wrong with my body, and that what you’ve suggested is not going to cure it (and will often actually make it worse). And then I’m crushed. For that short moment in time, I was so excited about being cured, that I totally forgot it hadn’t actually happened yet. And when I come back down to reality, it’s like becoming sick all over again. I’m reminded how limited I am. How long I’ve been suffering. How many things I’ve tried that haven’t worked.

And while I’m being consumed by all those emotions, you’re standing there, waiting for me to enthusiastically respond to your suggestion. And I just… can’t.

I know that if I tell you that I’ve already tried your suggested ‘cure’, and it didn’t work, you’ll most likely blame me (I didn’t buy an organic enough supplement / I didn’t trial it for long enough / I didn’t see this particular hypnotist). If I try to tell you that it won’t help with my particular condition, and politely decline to try it, you’ll most likely accuse me of not trying hard enough to get better – maybe not even wanting to get better. And that couldn’t be further from the truth.

So, what am I saying? Don’t ask me if I’ve tried something? Never suggest things you think might help?

No, that’s not what I’m saying. Please understand, I actually don’t mind when people are genuinely interested to know if I’ve tried something, or want to suggest something for me to try. There’s just three buts I’d like to wave around first.

You can suggest something to me, but…

1. Please don’t present your suggestion as a ‘cure’ that is going to ‘fix’ me. I know what I have is complicated, and might be hard for you to fully understand. But this part is pretty easy to remember – there is no cure. So if you come to me expecting me to be cured by your simple fix, it tells me that you either haven’t been listening to me, or you don’t believe I’m actually sick. Both are hurtful, and neither make it easy for me to listen to your suggestion.

2. Please trust me. Be okay with the fact that I have a deeper understanding of my body and my condition than you do, and trust me when I say that your suggestion isn’t something that will help. Remember that I really do want to get well; so if I thought there was even a slight chance that your suggestion could help, I’d be excited to try it.

3. Please think about the time and place for making suggestions. Don’t stop me for an in-depth chat about supplements while I’m trying to make it through my grocery shop without passing out. Don’t interrupt me to suggest yoga therapies while I’m trying to share with you a difficult medical decision I’ve had to make.

Want to know a secret? There is something that you can do that’s almost guaranteed to be more helpful than any suggestion you could make. Take the time to ask me how I’m coping, both physically and emotionally/mentally. Ask me how you can help.

Offer me your heart and hands…

…instead of your but.

28 thoughts on “The problem with your but (it’s not what you think!)”