Big Yellow Taxi…a song that brings back memories for me. It was originally written and recorded by Joni Mitchell in 1970. But I wasn’t even born then, so I didn’t know about it until a cover by the Counting Crows came out in 2002. The music was catchy and it had poignant lyrics, so teenage me loved it. It was a good one to belt out in the shower, or on car trips with friends.

Other songs have come and gone since then. But this one has been playing softly in the background of my mind recently.

Gratitude is kind of an odd thing to be thinking about right now. I’ve been stuck in bed for the last few days with some kind of virus. You know the drill: your temperature keeps switching between hot and cold, your throat is scratchy, you can’t stop sneezing, snot is pouring out of your nose like some kind of mutated fire hydrant, your sinuses feel like they’ve been packed with lava and gravel, your face is swollen, and your ears are so pressurised you wish they would just give up and explode.

But while I tossed and turned in pain, nauseous and struggling to breathe, I kept reminding myself, “It’s just a cold. It will pass. A week from now, you won’t even really remember this.” 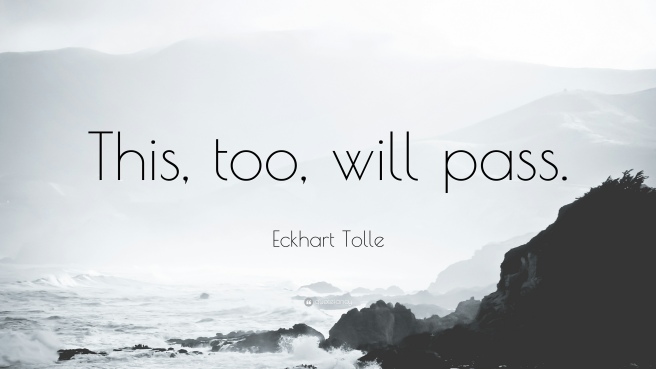 And that got me thinking about how much I take for granted every day. Even just the ability to breathe comfortably, for example. The ability to touch doorknobs and drawer handles and light switches without having to wash my hands first. The ability to talk. The ability to spend time with my husband. (He’s going overseas to an orphanage in the Philippines in two weeks – so I’ve quarantined myself to a room alone in the hopes of not sharing my germs).

Cough drops. Now there’s something I totally took for granted, back when I could have them. And hot lemon drinks. And chicken soup. *sigh*

Small things.
Things I don’t even notice I can do (or have)…until I can’t.

I often feel a little stab of frustration when I’m talking to a healthy person who is bemoaning something they’re sick of doing. I want to shout, “BE THANKFUL! I’d LOVE to be able to do that thing!”  Or when they complain about something they haven’t been able to do recently because of a short-term inconvenience, I have to swallow the exasperated, “Your car is only at the workshop for ONE DAY! Some of us are ALWAYS unable to drive!”

Those are totally inappropriate responses, of course. Their struggles are no less real or valid just because they’re different to mine. But seeing someone able to do things I can only wish for…and they totally take them for granted? That’s hard.

And yet… I do exactly the same thing. 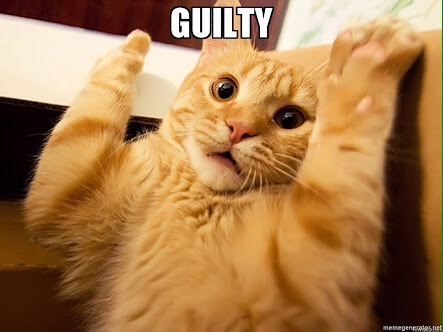 I always notice the things I can’t do. I’m constantly aware that I can’t run, I can’t drive, I can’t keep up with the housework, I can’t hang out clothes on the washing line, I can’t work full time, I can’t eat proper food. To me, the can’ts stand out in big, bright, flashing neon.

But the cans? Too often, they fade into the background. Once I’m over this cold, I can almost guarantee that I won’t think to myself every day, “Ah, it’s so nice to be able to breathe freely! It’s so nice to have a face that’s not swollen and in pain!”  Those things will just be normal, and normal gets forgotten.

I’m not trying to minimise how hard chronic illness is: it’s tough, both physically and emotionally. And I’m not saying that I think it’s wrong to feel how much that sucks, or to grieve. When you’re hurting because you’re missing out on yet another family event,  I’m not advising that you paste a smile on your face and say brightly, “Well, at least I can tie my own shoelaces!”

But I also don’t want to focus so much on the things that I can’t do, that I end up missing out on the simple joy of all the things I can do. I don’t want to forget to be grateful that I can tie my own shoelaces. Or that most days I can toilet and shower and dress and feed myself.

So true.
But I’m working on it.

Now if you’ll excuse me, it’s time to crack open yet ANOTHER box of tissues. Sincere apologies to the trees.

Would you believe that, as familiar as I am with the ‘Big Yellow Taxi’ song, this is the first time I’ve seen the video clip? (There was no YouTube when it came out!). So the lead singer’s hairdo came as a bit of a surprise!

P.S. I wrote this post last week. I’m slowly getting better now, and there is much rejoicing!